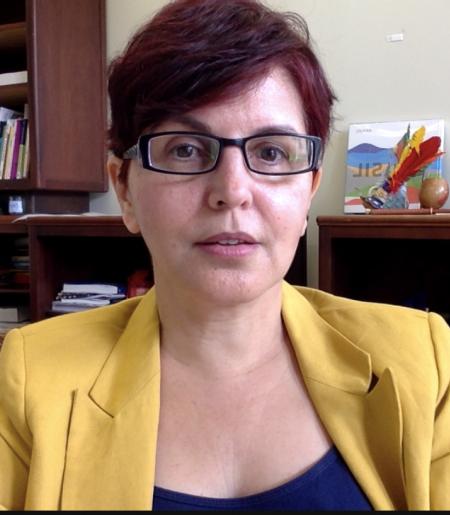 Denise M. Osborne is a lecturer in Portuguese in the Department of Romance Studies. She earned her Ph.D. in Second Language Acquisition and Teaching from the University of Arizona (Tucson, AZ), and her M.A. in Applied Linguistics from Teachers College Columbia University (New York, NY). Her main area of interest is second language acquisition, especially second language phonetics, both perception and production. She is also interested in investigating linguistic and non-linguistic factors that may affect the acquisition of and/or engagement in learning Portuguese as a foreign language, such as language attitude and ethnic identities.

Osborne, D. (2008). Systematic differences in consonant sounds between the interlanguage phonology of a Brazilian learner of English and Standard American English. Ilha do Desterro. A Journal of English Language, Literatures in English and Cultural Studies . 55, p. 111-132.